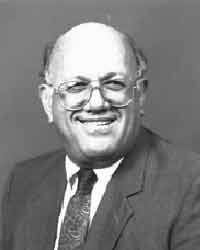 Hector Hugo Gonzalez was born on March 9, 1937 in Roma, Texas. He was the first born of Amadeo Lorenzo Gonzalez of Roma and Carlotta Trevino of Campbellton, TX. He was a direct descendent of Francisco Gonzalez and of Joaquin Salinas who were among the Spaniards who settled in Revilla [later known as Guerrero Viejo and now underwater in Falcon Dam] around 1750 in what is now Starr County in South Texas. These descendents were granted porciones (land grants) by the King of Spain around 1767. They settled in what is now the ghost town of Casas Blancas Ranch on the northern banks of the Rio Grande River and much later, moved to Lomas Blancas Ranch, land still in the hands of Hector and family members. When asked when had his family come to the United States, Hector would say, “We have been in this country before Mexico was Mexico, before Texas was Texas and before the United States was the United States!”

He graduated from Roma High School in 1955 and attended San Antonio College prior to entering nursing school. Hector received his nursing diploma in 1962 from the Robert B. Green Memorial Hospital School of Nursing in San Antonio, TX, his bachelor’s degree in 1963 from Incarnate Word College (now University of the Incarnate Word) in San Antonio. He earned his Master’s degree with a major in Administration of Nursing Education in 1966 from The Catholic University of America in Washington, DC. He served a two-year term in the United States Army Nurse Corps (1966-1968) where he attained the rank of Captain. While teaching in the School of Nursing at Incarnate Word College from 1968-1972, Hector pursued his Ph.D. with a major in curriculum and instruction of higher education from The University of Texas at Austin which he attained in 1974, thus giving him the distinction of being the first Mexican-American Registered Nurse to earn a doctorate in the United States.

In July 1972, Hector was recruited and appointed Chairman of the Department of Nursing Education at San Antonio College where he conducted the two-year nursing program leading to RN licensure, a post he held until his retirement in July 1992. Under his leadership and with the unstinting support of the nursing faculty and the college’s administration, the program received initial national accreditation from the National League for Nursing, initiated the first accredited Continuing Nursing Education program in a two- year nursing program in the country, established a schedule whereby students could complete their entire nursing program in the “evening,” and designed a curriculum that could be completed on a full-time or a part-time basis to permit working students to pursue their nursing studies, and last -- but not least -- invited students studying art at the college to design a nursing logo for the nursing program. The winning logo won several design awards at the time and is still in use today. The nursing program was recognized as having one of the highest minority and male student enrollments as well as the largest number of qualified minority faculty in the country. During his tenure, Hector pursued and secured the largest amount of nursing scholarship funds from private sources ever obtained at San Antonio College When he retired, Hector was granted the status of Professor and Chairman Emeritus. Soon after, the nursing faculty recommended and San Antonio College established the Hector Hugo Gonzalez Scholarship Fund, primarily aimed at providing financial assistance to male nursing students.

During that same period of time, Hector was active in local, state, national, and international professional endeavors. He was President of the National Association of Hispanic Nurses (1982-84). He served on the National Advisory Council on Alcohol Abuse and Alcoholism (1976-1980), the National Advisory Council on Nursing Education and Service (1992-1996), and was the first Hispanic to serve on the Board of Directors of the National League for Nursing (1973-81) as well as the first Hispanic to serve as a member of the Panel on Nursing Practice of the United States Pharmacopeia (1985-2000) He was commissioned to write the National League for Nursing’s first Position Paper on “Nursing’s Responsibility to Minorities.” He was a member of the Advisory Board to the Minority Fellowship Program under the auspices of the American Nurses Association who recognized him as a “Trail-Blazer” with an award given him for his work. He was a grant reviewer for numerous federal agencies; prominent among these was the U. S. Division of Nursing under HRSA and the Psychiatric Nursing Education Branch under NIMH. He presented papers at numerous meetings on issues dealing with achieving culturally consistent nursing care to Hispanics.

In the San Antonio area, Hector was a member of the Advisory Board at Lutheran General Hospital. During his tenure on the Advisory Board, he proposed that Lutheran General be converted into a diabetes specialty hospital modeled after the Joslin Clinic in Massachusetts. Many years later, Lutheran was indeed razed and it became the Texas Diabetes Institute. He served on the Board of Directors of the Family Services Association. He was a charter member and one of the founding members of the River Road Neighborhood Association in San Antonio and served as its Secretary, as a Board Member for many years and curerently serves as its Parliamentarian.

When he retired, Hector enjoyed serving as an Usher at the Majestic Theatre from 1992-2006. He served in a voluntary capacity as the Chief Executive Officer of the San Antonio Chapter of the National Association of Hispanic Nurses from 1998 until 2008. At present, he serves on the Advisory Committee of the Departmente of Nursing Education at San Antonio College.

Hector met many wonderful men and women who nudged, encouraged, inspired, and helped him with his professional and personal development. Among these were Nicholas A. Herrig (former Purchasing Agent at Santa Rosa); Sgt Richard A. May (a police officer with the San Antonio Police Department); Dorothea E. Orem, Sister Charles Marie Frank, (both of them former professors, School of Nursing at Catholic University of America; Helen R.Barsch and Evelyn Revels (former director and faculty member respectively at the Robert B. Green Memorial Hospital School of Nursing), and James W. Reynolds (professor, UT–Austin).